In 1929, a daydreaming businessman named Edward feels trapped in his drab routines. Then he crosses paths with a homeless woman named Filthy Fran, who shows Edward a world of unstructured freedom. But going against the grain brings on the resistance of Edward’s fiancee, his family, and the corporate world. Why won’t society just let him be a bum? Get ready to laugh and be inspired by this swinging, 1920’s comedy.

This show can be viewed live at the Angelus Theatre (165 N Main St, Spanish Fork, UT) or online via a private Youtube link with a virtual ticket. A professional video team recorded both casts with three cameras and are currently editing the videos to create the best virtual experiences. While these are not live broadcasts, they will debut on March 24th at 7:30 PM and will be available to view for approximately two weeks after the debut. 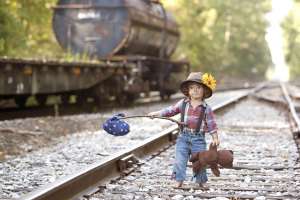 Wednesdays and Thursdays are discounted.