Gideon Versus the Gods of Cool – Youth Edition 2022

HIGH SCHOOL MUSICAL meets PERCY JACKSON in this hilarious new “rock opera” set in the 1980s, with music in the style of Michael Jackson, David Bowie, Blondie, The Bangles, Dead or Alive, Simple Minds, Berlin, Rick Springfield, and more. Made by the creators of VALHALLA | A VIKING ROCK OPERA, TAKE MY DEATH AWAY, and A KRAMPUS KAROL and based on the highly-rated young adult novel, this debut production of GIDEON VERSUS THE GODS OF COOL promises a rocking, good time for all ages. This event will be performed concert style. 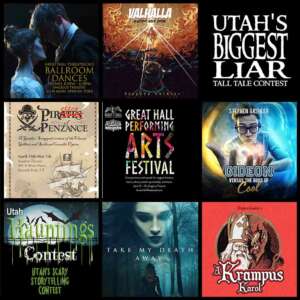